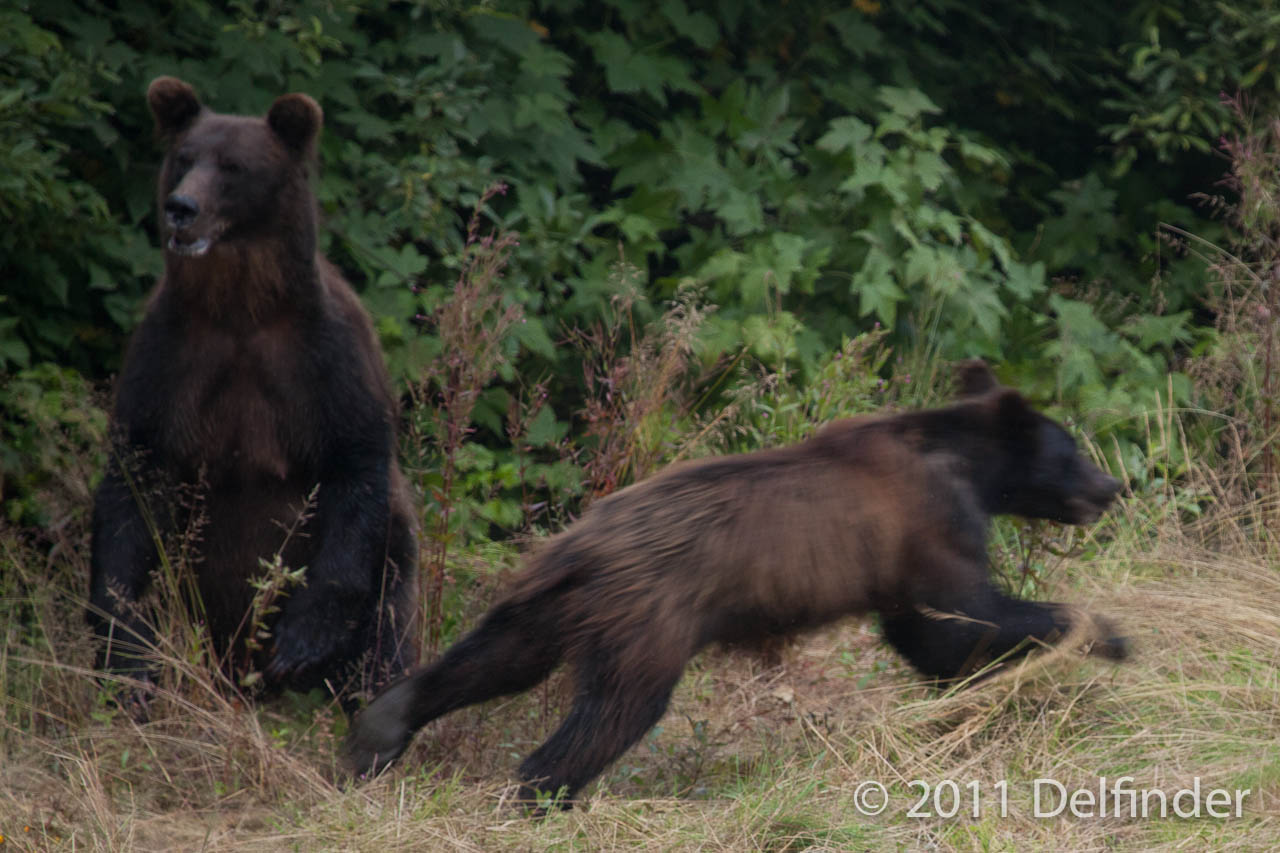 Canada is a popular destination, not the least because of its wildlife. Especially in the Rocky Mountains wildlife is abundant. Typically found are the black and brown bear (also known as grizzly bear), moose and Canada’s national pride: the beaver. There is also some deer (mule deer and white tailed deer) and the pronghorn. The cougar (also mountain lion or puma) is a widespread but rarely seen carnivore. Nearly invisible to human beings are wolverines and bobcats. In the southern prairies of Alberta, Saskatchewan and Manitoba you might see snakes (rattlesnake and bull snake).

Encountering wildlife can be challenging for people who aren’t used to being outdoors too much. Unlike the zoo, there is no protective fence that protects us from the alleged aggression. As human beings, we experience other everyday threats, such as traffic. We have learned to deal with it and don’t worry about being run over by a car while crossing a street. But how should we react when meeting a bear, or what to do if a snake rattles?

First encounter with a Grizzly

My most impressive experience of this kind was the encounter with a grizzly bear while hiking near Jasper in the Rocky Mountains. Although 20 years ago, I still remember every single detail.

The first time my friend and I saw the young bear it was about 100 meters in front of us on our trail. We started singing shanties (funny what people do sometimes). As we continued walking and singing, the tension increased. We met other hikers who spotted the bear as well and all of them told us that he circled around them.

After a while we heard a rustle in the bushes beside our trail and out of the bushes emerged first an ear, than the forehead and finally the entire grizzly bear. He was only 15-20 meters away – and the bear started to follow us on our way. For 20 long and exciting minutes we had a pursuer who was always keeping a safe distance between himself and us. After that, the bear ran off into the bushes, probably to have another berry meal.

As I prepared my journey very thoroughly, I also read many books about bears and their behaviour in the wild. I was aware that man has not the least little chance against the strength and speed of a bear. A bear is running, swimming and climbing faster than we can. Anyway, in our case he missed out the snack even with a jam in my back pack. I realized nature is not as incalculable and wild as we civilized citizens sometimes assume.

I experienced something similar when I encountered a rattlesnake. So what is the best way to prepare when planning trips like these? Probably one of the most important things is to make sure you know everything about the animals you can run into and how to behave.

If you didn’t have the time to prepare in advance you should inform on-site at the tourist information or the visitor center which often offer free information. In some places, there are offices that supply information about local wildlife and teach how to behave when encountering wild animals. It is also helpful to learn how to read tracks or excrements, so you will be well prepared.

There is another important thing: show respect. Respect a safe distance between you and the animals and their habitat. By the way most accidents don’t happen with bears but with these cute deer which can be quite aggressive if you get to close to their fawn. Generally you should follow the official advice to hike in groups of at least three people and don’t allow children to wander off too far.