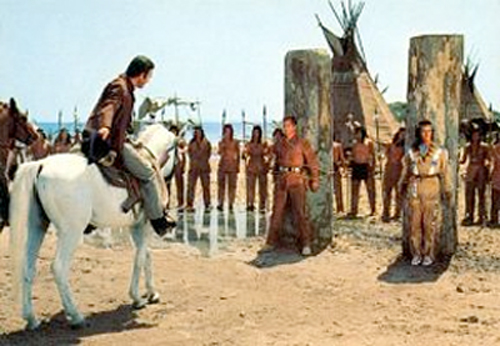 There is the famous noble savage named Winnetou, an Apache chief who only existed in the world famous novels by the German author Karl May (LINK). For generations many Germans were fascinated by these stories in which Winnetou sometimes was bound to a stake to be tortured or killed. Anyway he always was rescued.
That might be the reason why many German tourists visiting Canada believe that the totem poles they see are stakes (in German: Marterpfahl – crucifying pole). 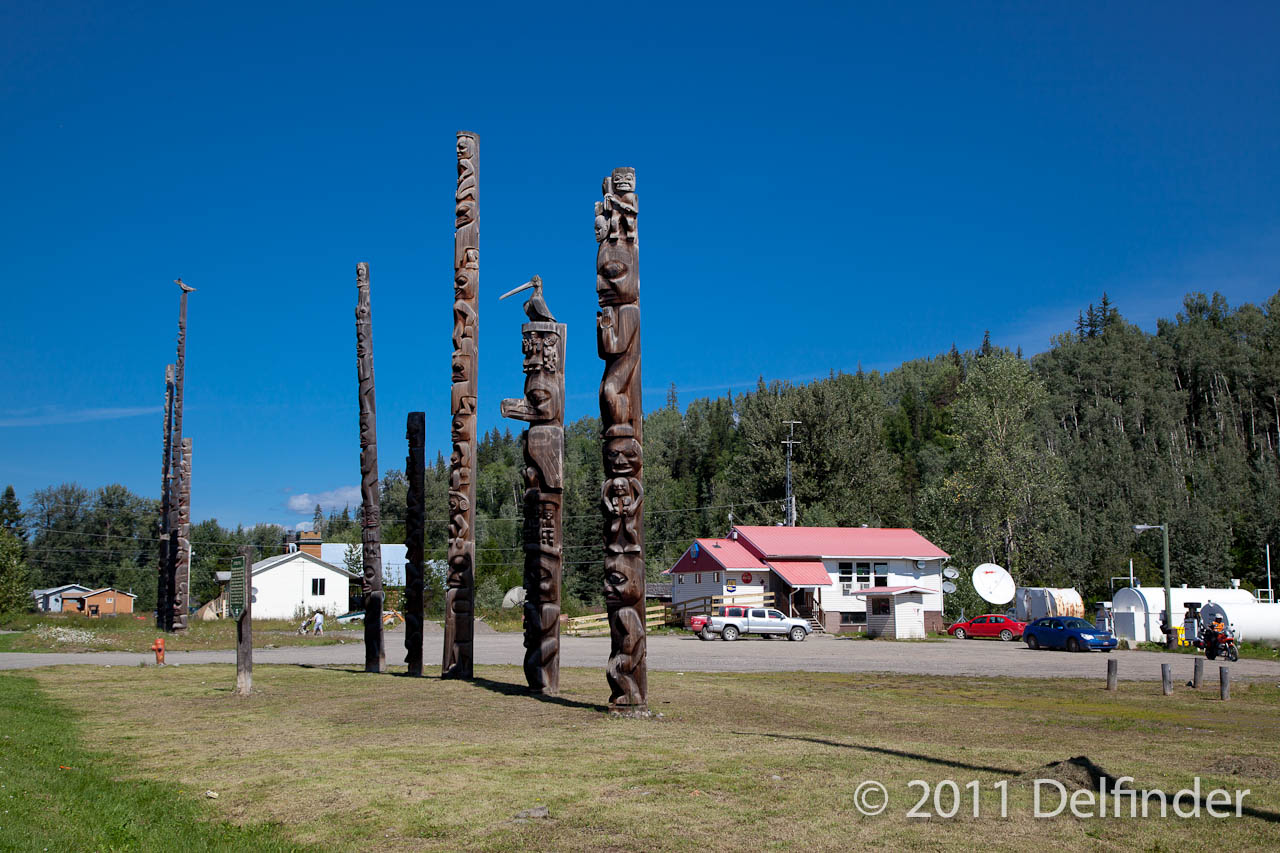 As you find some carved logs in Western Canada some might not know the exact meaning of those artefacts.

In the tradition of the northwestern aboriginal peoples these totem poles play an important role until today.
The word “Totem” is derived from the Ojibwe word „odoodem”meaning „his tribe, his group, his family“ respectively “his family insignia”. 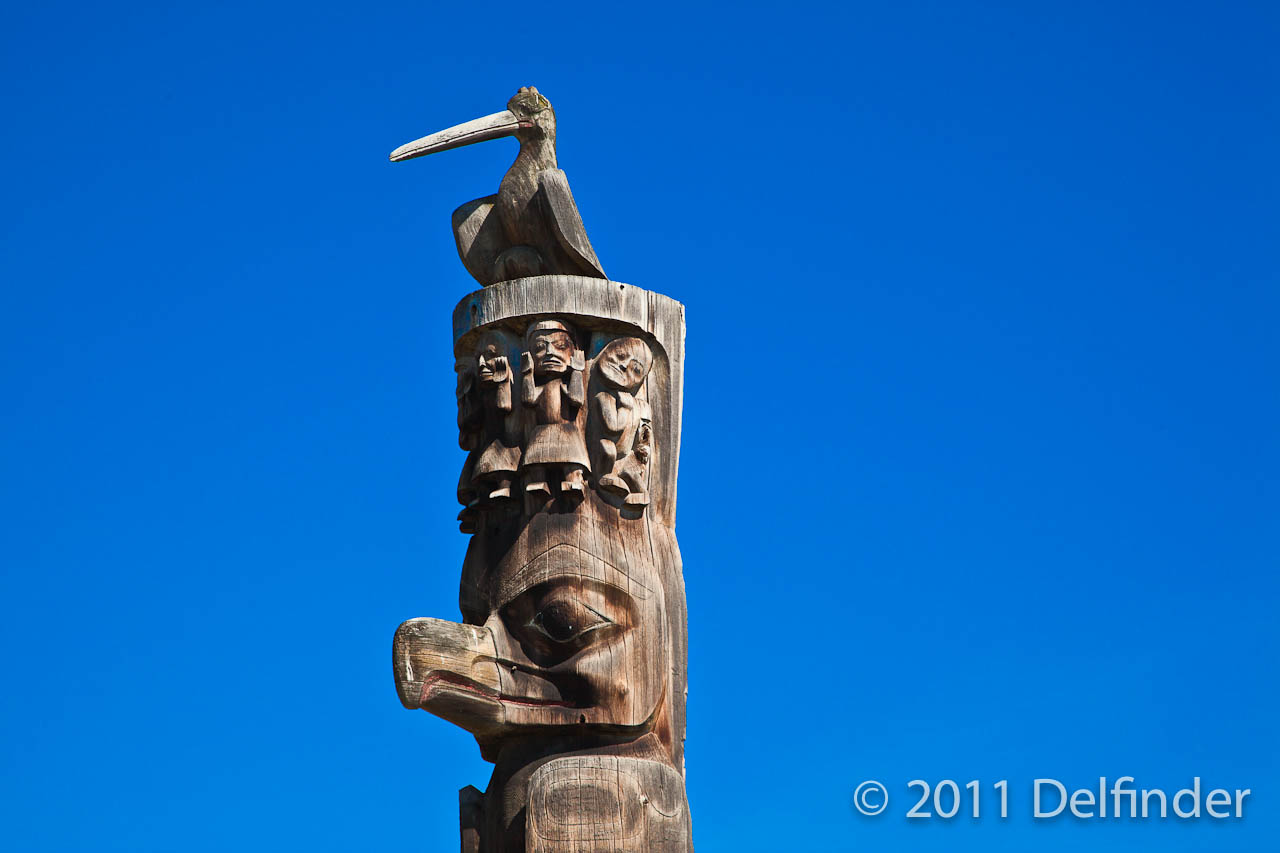 Totem poles might have different meanings. Some were used as support columns in their longhouses. Others were used to present the familiar legends, clan lineages or notable events. Some are artistic presentations or celebrate cultural beliefs.
The interpretation of these artefacts is only possible for insiders. Commonly there are displayed animals as bears, raven or eagles or human beings. 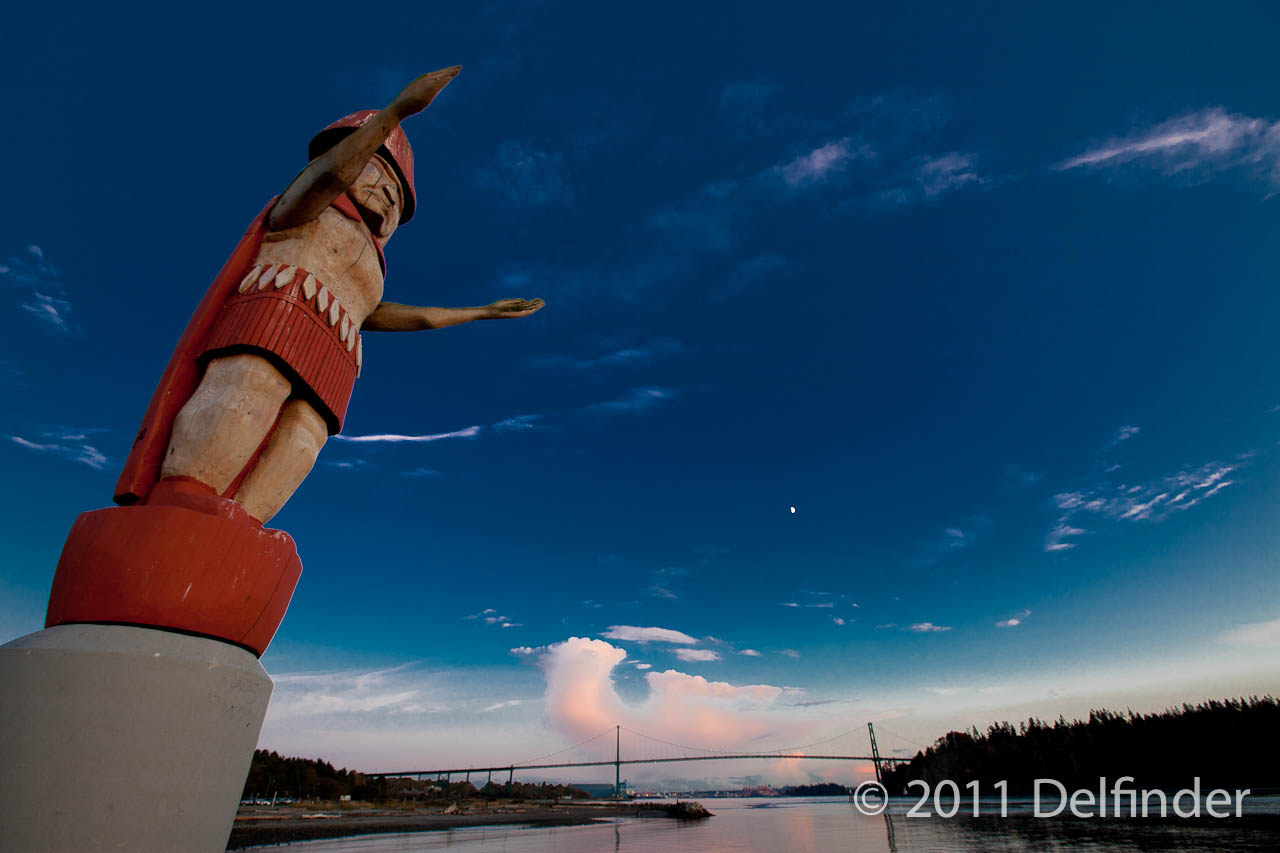 Welcoming figures are another artwork of First Nations to communicate to foreigners that they are welcome and also to demonstrate who’s the owner of the land. One of these figures can be found in West Vancouver on the north shore of Burrard Inlet west of Lions Gate Bridge.

Totem Poles in the Museum

If you are interested in these unique works you should visit the Museum of Anthropologie (MOA) near the University of British Columbia (UBC) in Vancouver, which presents an impressing collection of historic native, sculptures.