We have done it for the first time. For six months now we are living in Canada; we’ve visited South Saskatchewan, Alberta and British Columbia and often we’ve been driving along the U.S. border. But somehow we never crossed it. Something has held us back. Even after having heard from many people that gasoline and groceries are much cheaper in the U.S. than in Canada. But now we did it! We crossed the small border crossing of Aldergrove/Lynden. It wasn’t exactly a piece of cake. 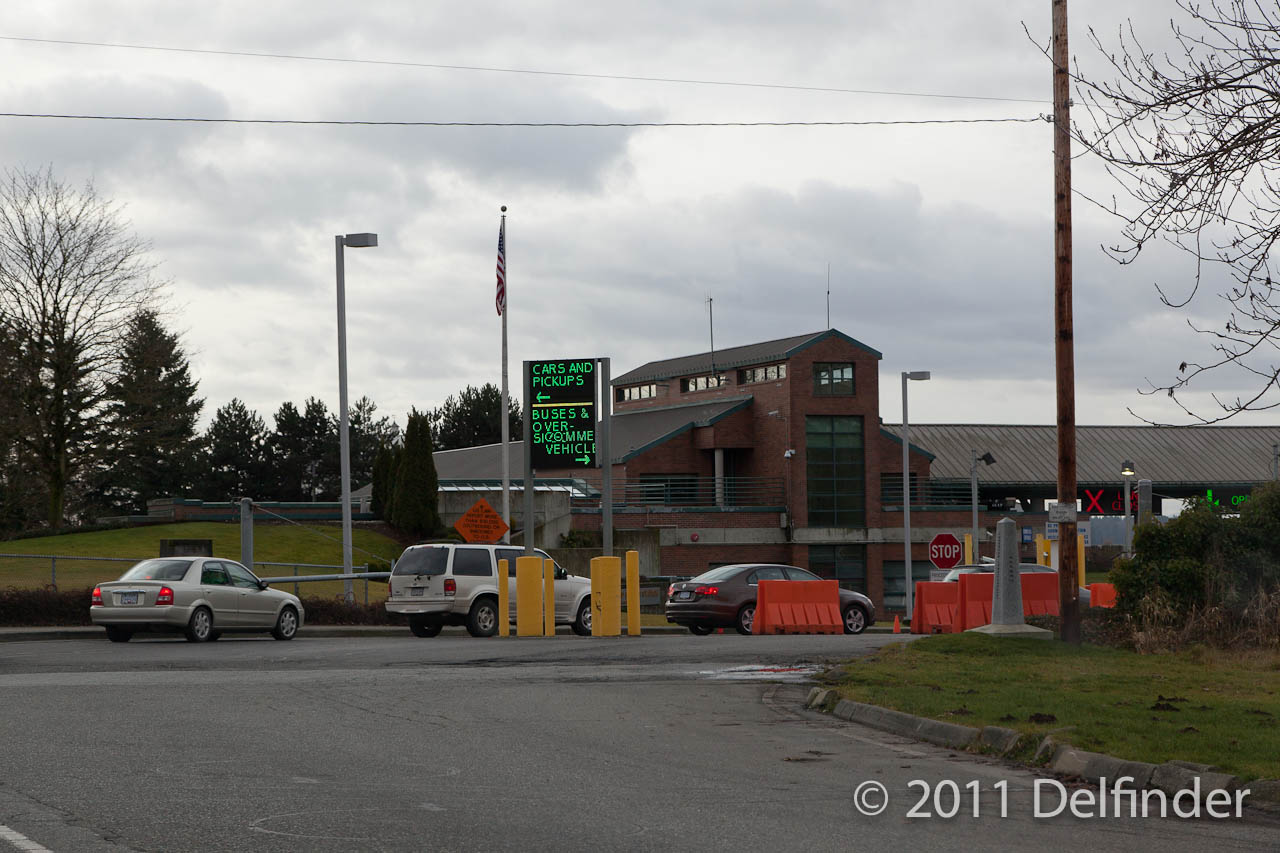 We as Europeans aren’t really used to borders anymore, so it had been a long time ago for us since we went through border control. We waited in line; stop and go, stop and go…
Finally we reached the building with border services officers who slid our passes through a device. They asked us about the purpose of our visit, where we were going and how long we wanted to stay. The officer sent us inside with a red card. All non-Canadians must make a stop here before they are allowed to cross the border. On a green form we did not only have to fill out our name, passport number, date of birth and nationality, but we also had to answer weird questions.

Have you ever committed genocide? 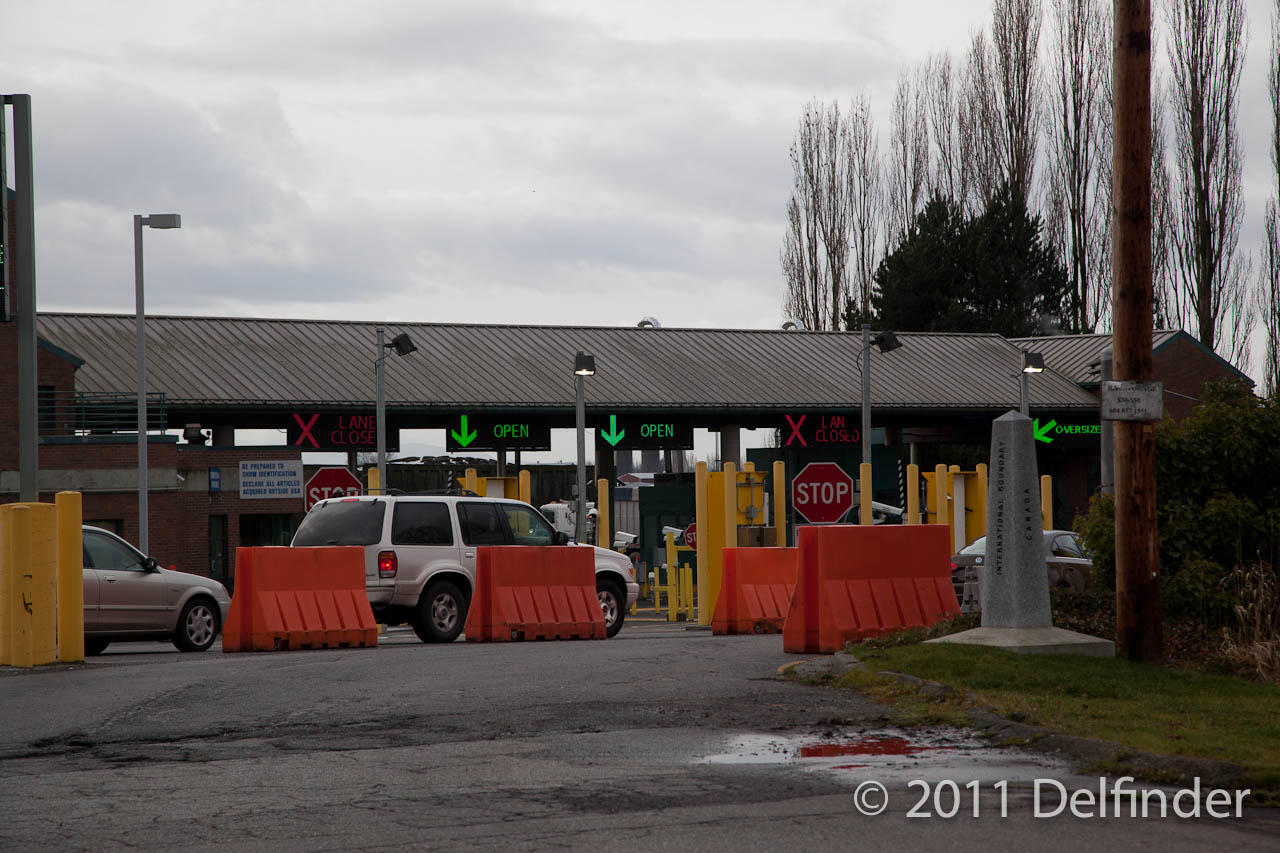 Some of the things they wanted to know were whether the purpose of our entry is to commit a crime, a terrorist attack or to smuggle any drugs. Whether we were involved in the genocide of National Socialism 1933-1945 (we were not even born) and if we used drugs or if we were holding an American child illegally. If you answer yes to any of these questions, the small letters explain that entry into the U.S. can be refused. After that, you need to sign you won’t appeal against the decision of the customs officials. Finally, all ten (!) fingers were scanned and secretly a passport photo had been taken. A portion of the green slip was separated and stapled into the passport. After having paid $ 6 per person, it allowed us to enter the U.S. as often as we want in the next three months or to stay for the full time frame. Before this permission expires, the green slip has to be returned to the border to ensure we won’t stay in the U.S. illegally.

Now the U.S. Department of Homeland Security has collected more information about us than Germany, our country of citizenship, or Canada, the country in which we live. They have the fingerprints of all ten fingers, a photograph, the passport scanned and our credit card number, which we used to pay the fee. And probably also the car’s number plate, because our vehicle was photographed as well. Welcome to the land of opportunities. We asked how long our information will be kept on file, but the customs officer did not know the answer to that question. He said that we could enter the U.S. for three months and next time they would only scan the fingers of one hand. After that, we had a nice trip anyway.